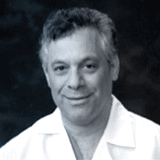 Carey Kimmelstiel, MD, is the Director of the Interventional Cardiology Center at Tufts Medical Center and an Associate Professor at Tufts University School of Medicine. He specializes in interventional cardiology, was the first person to perform an alcohol septal ablation in New England, and has been performing this procedure for more than 15 years. Dr. Kimmelstiel has been published extensively regarding the alcohol septal ablation technique and its outcomes in numerous top-tier cardiology journals. His research focus interests include adjunctive therapy for percutaneous coronary intervention, structural heart disease, septal ablation for hypertrophic cardiomyopathy highest volume of Patient Foremen Ovale (PFO) Closures in the RESPECT Trial. Dr. Kimmelsteil was named a “Top Doctor” by U.S. News and World Report in 2012 and Boston Magazine in 2012, 2013, and 2015.