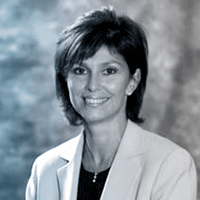 Ms. Giordano is our President, Chief Executive Officer, and Director since January 2016. She brings over 25 years of extensive experience in healthcare, including senior leadership positions and Board Director roles spanning across several pharmaceutical companies and sales and marketing service providers. Ms. Giordano has served as Board Director for Matinas BioPharma since September 2020, and previously served as Board Director for Aceto Corporation from December 2011 through October 2019. Ms. Giordano served as the Chief Executive Officer of ClearPoint Learning, Inc. in 2015 and she served on the ClearPoint Board of Directors from December 2009 through November 2015. Previously, Ms. Giordano served as the Chief Executive Officer of Healthcare Corporation of America in 2014. From June 2009 to August 2012, Ms. Giordano served as Chief Operating Officer and then as Chief Executive Officer, President, and a member of the board of directors of Xanodyne Pharmaceuticals, Inc., a branded specialty pharmaceutical company with development and commercial capabilities focused on pain management and women’s health. Prior to that, she served as President, Americas, for Cegedim Dendrite (formerly Dendrite International Inc.) from 2007 to 2008 and as Senior Vice President of the Global Customer Business Unit of Cegedim Dendrite from 2004 to 2007. She had been with Cegedim Dendrite since 2000 and served as Group President for the Global Business Unit, and Vice President of Global Sales. Earlier in her career, she worked for 9 years with Parke-Davis/Warner Lambert and then Pfizer in several sales and marketing leadership positions, including Strategic Alliance management and Sales Integration. Ms. Giordano holds a Bachelor of Science degree in nursing from Wagner College.