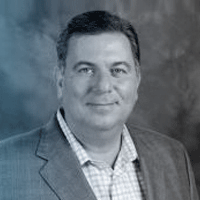 Mr. Valentino has been our Vice President of Trade Sales since October 2017. He is an accomplished Senior Sales Executive and leader with a broad-based Sales and Consumer Healthcare/CPG industry background. Most recently, he served as Vice President of the Drug Division at Crossmark from 2014 through 2017, leading headquarter sales and retail merchandising teams. Under his leadership, the business unit quadrupled in sales and EBITDA delivery. Prior to this, he was Vice President of the Drug Channel Business Unit at Johnson & Johnson. In this role, he had responsibility for the McNeil OTC, Skincare, Consumer Healthcare, and Baby Businesses in Drug and the cross-functional teams supporting them. His teams grew sales and profit and developed category platforms across multiple OTC and personal care categories, including pain/analgesics. Previously he was Director of Sales at Pfizer Consumer Healthcare, where he led the Drug and National Accounts business units. Mr. Valentino began his career with Warner-Lambert and held various sales and marketing positions including Director, Sales Strategy, Director, Shopper Marketing, Sales Director, Rx-to-OTC Switch, and National Accounts Leader. He holds a Bachelor of Science degree in Business Administration with a concentration in marketing from Hofstra University.